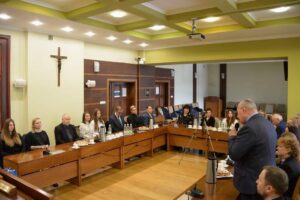 On December 13, the City Hall of Bochnia held the ceremony of awarding scholarships of the Partner City of Roselle. The competition was organized because of cooperation between the Roselle Sister Cities Association – the main originator and founder of scholarships and the Bochnia City Hall. The project was aimed at giving voice to the young generation, which in the future will create the Polish reality. The mission of the competition was to promote sensitivity to the problems of young people by presenting their experiences and subjective points of view. The competition was to give an equal chance to all eighth-grade students of Bochnia primary schools, who will soon choose a new life path to share their personal observations on important social issues. It is also worth mentioning that the Partners from the city of Roselle are planning to organize similar projects in the coming years.

This year, the participants of the competition had to write an essay on “Is there a place for volunteering in today’s world?”. The evaluation of the works was supervised by internal school committees appointed by the heads of institutions. The winners were students who presented the most interesting and inspiring points of view. The authors of the best works received cash prizes of PLN 1,000 each funded by the Roselle Sister Cities Association and material prizes funded by the Mayor of Bochnia.

At the beginning of the meeting, Mayor Stefan Kolawiński thanked the representatives of the Roselle Sister Cities Association for such a valuable initiative and organization of the Competition for Bochnia students. The host of the Salt Town also referred to the topic that was raised in this year’s works. He pointed out that these are fundamental issues that speak about what kind of people we are and whether we see the needs of other people every day. Stefan Kolawiński also thanked all participants for participating in the competition and congratulated the best participants on their approach to such an important issue as volunteering.

During the scholarship ceremony, a congratulatory letter by Barbara Rajska – a representative of the Roselle Association – was also read:

The first, historic competition for the Roselle Partner City Scholarship was a great success! Your work has exceeded our wildest expectations. Not only have you shown broad knowledge and mature observations, but above all you have shown great sensitivity to the issue of volunteering.

On behalf of the Roselle Partner City, I thank you very much for this and sincerely congratulate you. We are immensely proud of you! In the further part of the letter, Barbara Rajska-Kulig addressed each of the Laureates, referring to their essays.

At the end of the meeting, Barbara Krakowska spoke on behalf of the laureates, their parents, headmasters and teachers of the schools. The Principal of Primary School No. 4 thanked our friends from the partner city that thanks to their initiative we could honor our youth from Bochnia in a special way. 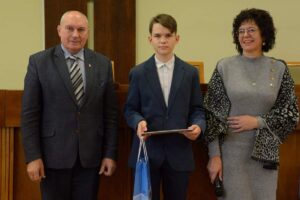 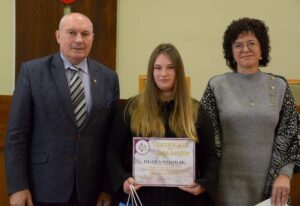 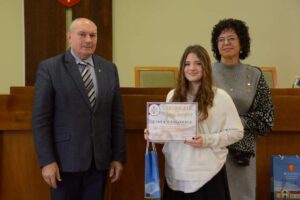 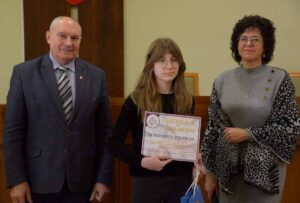 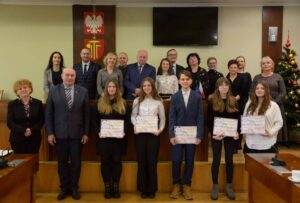